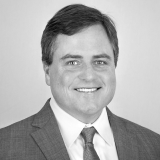 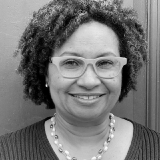 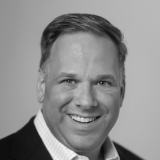 Toni Gocke Wyre is a commercial interior designer and educator specializing in Education, Healthcare and Corporate Interiors. Her work and professionalism have been recognized with multiple honors, including Arkansas Business Publishing Group’s Top 40 under 40 Professionals and Women2Watch, as well as At Home in Arkansas Magazine’s “Favorite Local Designers.” Over the last decade, her work has received over 36 regional design awards, crossing all sectors, from residential and corporate to hospitality, healthcare, and education. In addition to contributing to interiors projects at Polk Stanley Wilcox Architects as a Senior Associate, Toni is a Clinical Instructor of Interior Design at the University of Central Arkansas in their CIDA-accredited program. She is currently serving as Chair-Elect of the ASID National Board of Directors. She has served as committee chairperson for two taskforces on behalf of ASID and is a former Director-at-Large. In July of 2018, she was selected to be an International WELL Building Institute (IWBI) Global WELL concept advisor after being the first in Arkansas to achieve her WELL AP accreditation – she continues in this role today.

Denise Rush is Dean and Faculty of the School of Interior Architecture, Boston Architectural College. Prior to becoming a full-time academic administrator, she was an adjunct professor of Interior Architecture in the Art + Design Department of Columbia College Chicago. She was also an adjunct faculty at Harrington College of Design, the International Academy of Design & Technology, and the Illinois Institute of Art. Denise’s professional practice work includes an academic appointment as the Visiting Interior Designer at the University of Illinois at Urbana-Champaign; interiors director at Perkins & Will (Chicago); interiors project manager at SmithGroup (Detroit); and head of interior design at TowerPinkster (Grand Rapids). She is currently serving as a Director-at-Large on the ASID National Board of Directors. Denise holds a Master of Science in Nonprofit Management from Spertus Institute of Jewish Leadership in Chicago and a Bachelor of Arts degree in interior design from Michigan State University.

John Cialone, a nationally recognized interior designer, leads a team of more than twenty professionals while managing operations at Chicago-based Tom Stringer Design Partners. As a partner and vice president of his firm, John’s enthusiasm for promoting the interior design industry is contagious. With over twenty-five years of experience, his work has been recognized with many awards and has been widely published. John credits his business sense and success to the training he received as a young professional through leadership roles in ASID, particularly in strategic planning, public speaking, and business development.

John is a member of the Guild Board for the Boys and Girls Clubs of Chicago and is a member of the Leaders of Design Council. He has served as a public speaker to many organizations and has mentored students across the country. John has participated in the 1+ Program, donating his firm’s services and aligning his belief that Design Impacts Life with the firm’s work.

John’s ASID involvement started as a student with positions on the ASID National Student Council. He was a member of the ASID Board of Directors concurrently with his position as National Student Council president. He has held committee and board positions in both the ASID Florida South and ASID Illinois Chapters, and has been active in government affairs starting in Florida as a design student and continuing today as a Registered Interior Designer in Illinois. John was recognized as an ASID Medalist in 2017 and is currently the 2018-2019 ASID Illinois Chapter president. John is the chairperson of the ASID Foundation Fundraising Committee overseeing the Society’s efforts to grow the Foundation’s endowment through individual and corporate gifts and legacy planning. 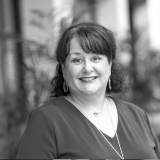 Originally from Bryan, Ohio, Maria has called Greater Cleveland home since 1998. She studied political science and business at John Carroll University, earning her Bachelor of Arts in 2002. During her time there, she served as President of Latin American Student Association.

In the fall of 2002, Maria began a dual degree program at Cleveland State University. She studied law at Cleveland-Marshall College of Law and Public Administration at the Maxine Levin College of Urban Affairs. During these years, Maria worked as a graduate assistant in the Center for Economic Development, studying and reporting on local, state, and national economic trends, playing a major role in the development of economic impact studies published by the Center. In the spring of 2006, Maria earned her Juris Doctorate and Master of Public Administration. In the summer of 2006, Maria sat for and passed the Ohio State Bar Examination.

Maria joined The Sherwin-Williams Company in 2007 and is responsible for crafting and collaborating across the enterprise to drive corporate social responsibility initiatives and programs that help to further alignment with shareholders, customers and employees. In addition, Maria manages grantmaking for the Sherwin-Williams Foundation, supporting brand-aligned causes and organizations most important to the more than 60,000 global Sherwin-Williams employees.

Extensively involved and committed to the Northeast Ohio community, Maria serves on the boards of the Cleveland Foundation, Cuyahoga County Public Library, University Circle Incorporated, the American Society of Interior Designers Foundation, and the Greater Cleveland Food Bank. She and her husband Michael are strong supporters of educational access to underserved communities and remain staunchly committed to the inspiring work and mission of Esperanza. 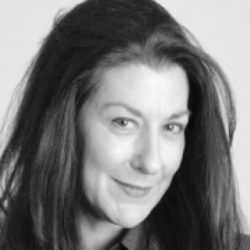 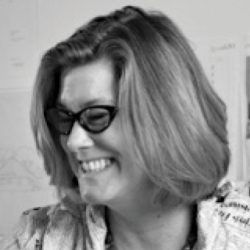 Lisa Henry, FASID, is CEO of Greenway Group, a leading business management consulting and research firm for the architecture and design professions. Lisa has served ASID as National President and as the Chair of the Foundation’s Board of Trustees. She writes extensively about the transformative power of design and the role of designers as leaders in business and world change. She studied at Arizona State University, Hampshire College, the Interior Design Institute, and has a BFA in Interior Design. Lisa continues her studies as an Executive Scholar at Kellogg School of Management and at the Center for Creative Leadership.

Kay Sargent joined Lend Lease in 2014 bringing over 30 years of experience in the interiors industry. Prior to joining Lend Lease Kay served as VP of A&D and Workplace Strategies for Teknion and was a Principal for Interior Architects in Washington, D.C. where she headed the office’s business operations, workplace strategies, and managed key clients. Sargent has a BFA in interiors from VCU and studied environmental design at the Parsons School of Design in NY.

Her work has taken her to multiple continents where she has worked with Fortune 500 companies on their global real estate strategies and designed workplaces of the future. Sargent serves on the Advisory Boards of WorkDesign magazine, PaletteApp, and IFI. She has also served on the International Boards of IIDA, ASID, NCQLP, and NCIDQ.  She is an active member of CREW, CoreNET, and IFMA.