Inductees to be Honored at Celebration – The ASID Awards Gala

Each year, the American Society of Interior Designers (ASID) bestows the title of Fellow and Honorary Fellow to individuals who demonstrate outstanding service and contributions to the Society, the profession, and the interior design industry. Fellowship is the highest distinction a member can receive from ASID. Honorary Fellowship recognizes those who are not interior designers but have made outstanding contributions to the profession through their careers and their commitment to ASID and to the interior design industry.

The 2018 ASID College of Fellows Inductees

The 2018 ASID College of Fellows Inductees 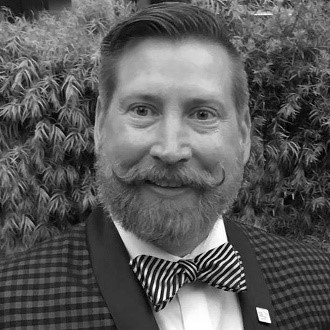 As a leader in the design industry for more than 25 years, Dwane Adle is the owner of Comprehensive Design Group, Inc., and leads the development of luxury interiors and complex projects in residential, higher education, commercial, and hospitality. With a personal motto stating, "Design is more than just a job...it's my passion,” his work has been featured in several publications including ASID ICON magazine.
Dwane consistently volunteers to promote ASID and the design community and has served the Society on the local and national level in many capacities, including as chair of the codes advisory ad hoc committee, and two terms on the ASID Legislative Codes Advisory Council (LCAC). Dwane has received many ASID Presidential Citations and has received the President's Award for Exceptional Service to the Chapter President. 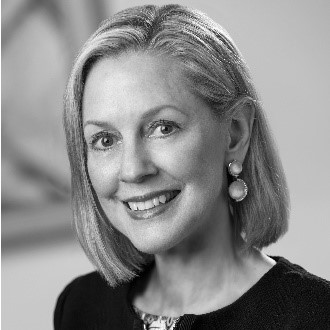 Barbara Cash has devoted 40 years to the success of her community, improving the built environment through innovative interior design solutions for corporate/professional, retail, healthcare, hospitality, civic, government, and educational projects. In 1978, Barbara founded Interior Space Design, providing commercial interior planning and design in Anchorage, Alaska. Becoming RIM Design in 2001, her firm has grown beyond Alaska and now works in Hawaii, Arizona, Guam, and California, and has received local and regional design awards. Named Alaska’s Small Business Person of the Year in 2000, Barbara has been recognized as YWCA Woman of Achievement and has received the Anchorage Chamber ATHENA Leadership Award.

A founder of the ASID Alaska Chapter and mentor to many professional interior designers, Barbara holds a BFA in Interior Design from the University of North Texas and is a 2017 ASID Medalist. She currently serves as ASID Alaska Chapter Government Affairs Chair and sits on the Alaska Professional Design Council and Anchorage Urban Design Commission. Barbara has also served on the Anchorage Chamber of Commerce Board, the Providence Alaska Foundation’s Board, the UAA Small Business Development Center Board, and is a 20-year Rotarian. Barbara and her husband were recently inducted into the Alaska Business Hall of Fame. 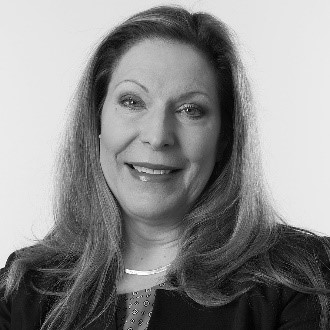 Kaye served as ASID Intermountain Chapter President for two consecutive terms, on the ASID National Board of Directors, and currently serves as the ASID Intermountain Chapter Government Affairs Chair. She has advocated for licensing for the interior design profession throughout her career and co-founded IDEAL for Utah (Interior Design Education and Legislation), an independent coalition, in 2008. She initiated and was instrumental in the successful passage of Senate Bill 117 in Utah in 2016, and is now a Certified Commercial Interior Designer licensed in the State of Utah. 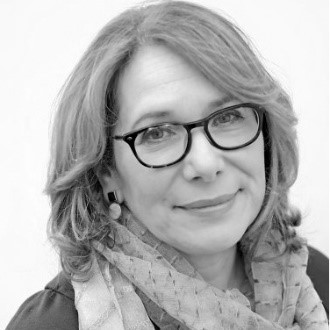 Ellen Fisher is vice president for Academic Affairs and Dean of the New York School of Interior Design (NYSID). She is the author of the recently published, “HOME: The Foundations of Enduring Spaces,” a lushly- illustrated reference and resource for professionals and aspiring designers alike. A member of the NYSID faculty since 1999 and a Certified Interior Designer, Ellen maintains a New York-area design practice with both commercial and residential clients. Her scholarly pursuits explore how elementary school teachers and students use their classrooms as tools for teaching and learning literacy.

In 2017, Ellen was recognized by DesignIntelligence as one of the “25 Most Admired Design Educators.” She has been a member of ASID since her student days at Fashion Institute of Technology, has been a member of the ASID NY Metro Chapter Board of Directors, the ASID Student Advisory Council, the board of the Interior Design Educators Council (IDEC), and is active in legislation and licensure advocacy in New York State. In 2016, as part of NYSID’s centennial celebrations, Ellen organized a national symposium, “Interior Design: The Essential Profession,” examining the present and looking toward the future of the interior design profession. 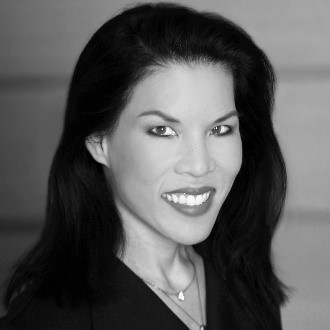 Current past chair of the ASID National Board of Directors and a graduate of Johns Hopkins University and Columbia Business School with a BA in Behavioral Sciences and an MBA in Management and Marketing, Charrisse Johnston was a Wall Street strategic planning executive before turning to interior design. She is principal and co-founder of StudioSALT, a new architecture and design firm with offices in Los Angeles and Cape Town, South Africa.

Previously, Charrisse was principal at Steinberg Hart where she built a new firm-wide interior design practice. Prior to joining Steinberg, Johnston spent nine years at Gensler, where she designed higher education and commercial workspaces with a focus on workplace strategy, and later managed the Work 3 design studio.

Charrisse is a past ASID National Board of Directors member and chair, a past ASID student chapter president, and has served on the ASID National Student Advisory and Emerging Professionals Councils. She has contributed to several scholarly publications related to interior design, including a case study for the International Journal on Designs for Learning, and as co-author of Teknion’s Higher Learning white paper on technology’s role in higher education. Charrisse was selected by the Design Futures Council as one of six Emerging Leaders of 2010, representing young design professionals at the annual Leadership Summit on Sustainable Design, and sits on the Dean’s Advisory Board at UCLA Extension and the Cal Poly Pomona Masters of Interior Architecture Guidance Committee. 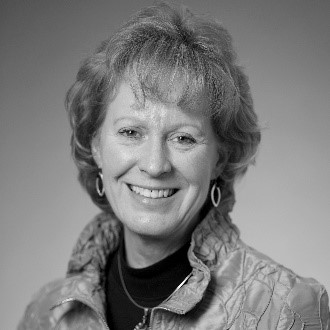 Mary Knopf started her career with the Federal Government in the Northwest region of the U.S. and relocated to Alaska where she has worked in the private commercial design sector for 33 years. She became a principal with ECI, an architectural, planning, and design firm in Anchorage, Alaska in 2006, and oversees ECI’s interior projects, mentoring both the interior and architectural staff.

Mary’s body of work includes award-winning designs for office, education, hospitality, healthcare, and public spaces. She is a proponent of inherently sustainable design practices, utilizing products and materials that create healthier living and working environments. Mary is active in the construction industry and is continually enhancing and sharing her knowledge and abilities through formal and informal mentoring. A graduate of Washington State University (WSU) with a B.A. in Interior Design, Mary is a recognized leader and mentor in the interior design industry in Alaska and nationally. As a volunteer, she has served on many local and national industry and community boards and committees and has recently rejoined the WSU Interior Design Advisory Board and the Anchorage Building Owners and Managers Board. 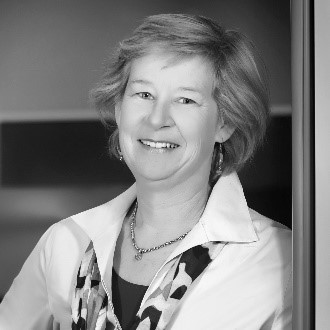 Emily Walser is an in home designer for Smith&Noble, working directly with end users to help them realize their dreams and find solutions for their window treatment needs. Before joining Smith&Noble in 2017, Emily was a workplace consultant with Steelcase in the Carolinas. Prior to her association with Steelcase, she ran her own interior design firm for over 15 years.

A graduate of the University of North Carolina-Chapel Hill with a degree in business, and Mt. Vernon College with a degree in interior design and a minor in historic preservation, Emily is an active member of the ASID Carolinas Chapter, serving as chapter president from 2008-2009; has served on the ASID National Chapter Support Team and the ASID National Board of Directors; has been active with AIA Triangle and AIA Charlotte over the years; and is actively involved with the Carolinas chapter of Corenet Global, where she was recognized as volunteer of the year in 2014. Emily has served as a mentor and advisory to the Meredith College Interior Design program for over 10 years, and in 2015, was asked to join the DesignLife Council Board, supporting the College of Design at North Carolina State University, where she remains an active member. 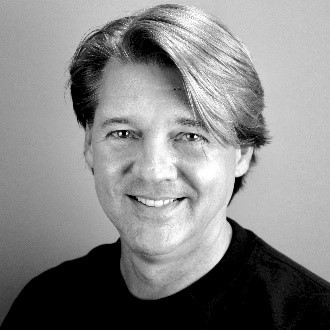 Dak Kopec is an Associate Professor in Master of Healthcare Interior Design program in the School of Architecture at the University of Nevada, Las Vegas. He has authored several books used by interior design educators including three editions of Environmental Psychology for Design and is also credited with researching, developing, and administering the first low residency graduate program focused on designs for human health at the Boston Architectural College.

Dak served as a visiting professor at the University of Hawaii with a joint position in the schools of architecture and medicine, served as an ASID Distinguished Speaker for several years, was listed as a Fulbright Specialist and subsequently served two terms as a Fulbright Reviewer, and was appointed by Governor Neil Abercrombie of Hawaii to that state’s health and planning council. He’s been invited to Costa Rica and Qatar twice to discuss topics related to health and well-being, and to Taiwan to discuss trends toward health and well-being. In 2017, Dak won IDEC’s Community Service Award for the design of a group home for people with developmental disabilities and early onset dementia. Today, Dak is calling upon his diverse educational background in health sciences, psychology, and architecture to promote interdisciplinary and person-centered design. 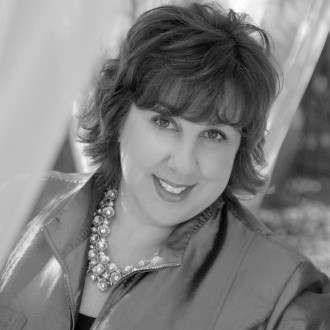 Debra Levin is a passionate advocate for how the design of the built environment can have a positive influence on outcomes in human health and healthcare environments. Since 1989, Debra’s trailblazing efforts in the field of healthcare facility design research, education, and advocacy have propelled CHD into industry consciousness and the forefront of evidence-based healthcare design.

Under Debra’s leadership, CHD’s research initiative, the Pebble Project, has gained international recognition, and its EDAC Certification program has become the standard for evidence-based design practitioners in the healthcare and design industries.

Outside of her industry, Debra has served on many community boards and was key in developing a successful international film festival dedicated to breaking down barriers through film. In 2014, she received the Women of the Light Award from Hadassah for more 25-years of volunteerism, and in 2016 received the Alumni Achievement award from Mortar Board National Honor Society for her achievements in leadership, scholarship, and service.