August marked the second consecutive month of revenue growth for interior design firms. The ASID Interior Design Billings Index (IDBI) score of 52.3 was the highest since October 2019 and indicates that a healthy third quarter for 2020 is underway. The index’s three-month moving average was at 50.5 and, for the first time since February when the COVID-19 pandemic initially broke out, the average showcased expansion (any score above 50 represents expansion and below 50 represents contraction). ASID’s inquiries index for August rebounded to 58.2, improving further from the 50.7 in July; this is the highest reading for 2020 so far and it is only eclipsed by August 2019 (70.7) within the last 12 months. Similarly, the three-month moving average for inquiries rose to 54.0 from 51.1 in July.

Reported as three-month moving averages, the trend in billings at firms in the Midwest, Northeast, and West remained in contractionary territory (45.5, 36.2, and 43.1 respectively). However, firms in the South recorded a sharp uptick for the month from 45.3 in July to 52.7 (the only region in expansion). While a disconnect may appear between the regional and overall readings, it is due in part to the seasonal adjustment factors applied to the data which smooths out the monthly results using a three-month moving average to dampen volatility swings1.

Surprisingly, panelists reversed their views in August regarding future business conditions. The six-month expectations index rose to 58.1 from an extremely low level of 39.2 just one month ago. August was the highest month since January (58.7) and the second highest level in the last 12 months indicating a notable amount of optimism among firms. 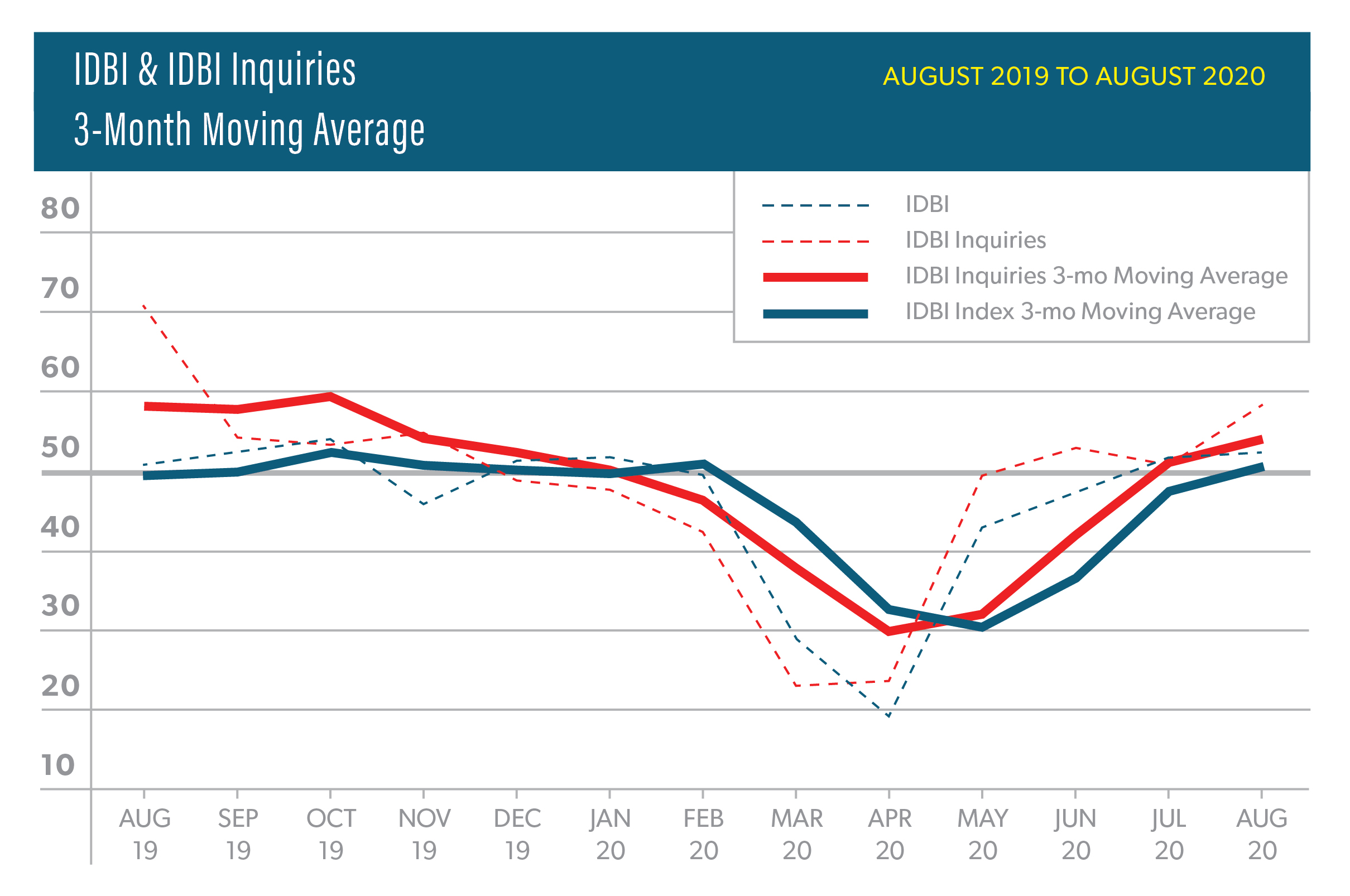 1To allow for meaningful comparisons, beginning in January 2019, all monthly scores are seasonally adjusted which provide a more accurate picture of the underlying changes affecting the data. For more information regarding the seasonally adjusted calculation, please click on the following link: https://www.asid.org/resources/resources/view/resource-center/224